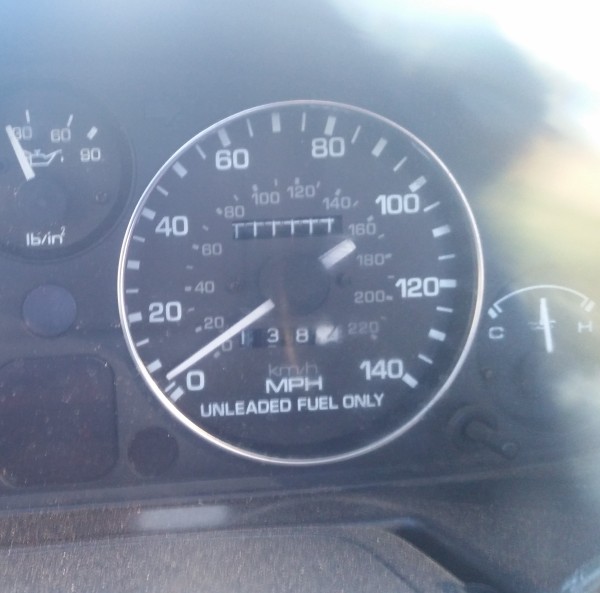 It was time for a mini-adventure. I had a dinner date with my nephew who was in town for an aerospace convention down in El Segundo so I figured it was the perfect time to drive the ole 1992 Miata but I had one big problem.  I hadn’t driven it for months so the battery had no charge and it needed to be smogged and registered on 3/28.

I jumped it, drove it about 15 minutes but when I parked it was still dead.  Called my AAA and had them jump it again and test the alternator. They said it was charging and that I should be good to go. So I kept it running and decided to smog it out in Simi which would be a good 20 – 30 minute drive, plenty of time to re-charge the battery.  Before I went, however, I took my handy dandy portable battery jumper on a full charge so it was good for 10 jumps.

Drove out to Simi and parked the car in the lot to test if we had gotten charged. Nope. Dead as a doornail. So I used my handy dandy charger and in 10 seconds had it running. I drove into the smog shop and asked them if they could do the smog with the car running, and they said yes. I watched them smog it, and I watched him turn off the engine. No problem, we passed and I used my gadget to jump me back to life and headed back home. 20 minutes later I pulled into the house and had a decision to make. The battery was still dead but it had only been 20 minutes, maybe it needed a much longer drive to re-charge.

My life had been lacking in adventure lately so I thought this would be fun. I would need to take Topanga to PCH to Lincoln to Sepulveda right in the smack of rush hour to get to the Marriot in El Segundo for our dinner at Houston’s on Rosecrans.  The problem would be if I stalled the car amongst all the traffic on any of those roads. I felt confident in my handy dandy jumper thingamabob but getting out among the cars wouldn’t be the safest thing in the world. On the other hand, traffic would probably be barely moving and with any luck besides the car right behind me, most wouldn’t even know that I’d had to jump start the car.

So I took off, and while I was crawling on PCH I noticed something. My Odometer read 111110, which meant in a second it was going to be 111111. And I was driving on the PCH which for most people is called the 1. How bloody cool was that? To top it off,  PCH was barely moving so when it clicked over to 111111 I was basically at a standstill with Ocean Avenue just 100 yards away, which allowed me to take the photo at the top of the story.

With traffic not being friendly, I had time to kill so I thought of my nephew and “Skyscraper Skyscraper” bounced around in my memory.  He came from a town that had a graduating class of 100 people. At four years old he had never seen anything but Victorian houses in Ferndale. We were traveling on the 101 headed toward Los Angeles when he exclaimed “Skyscraper Skyscraper” and made me laugh. It was such an honest childlike exclamation. So pure. I had never thought much of the Los Angeles skyline but sure, in his eye, these were skyscrapers. I thought he’d end up an Architect but instead, he became an Aerospace engineer.  I only get to see him every couple of years but each time I’m reminded what a great kid he is.

Growing up I would see him about every six months from the age of 10 on up, and while his parents dealt with each of his stages, I would only glimpse them for a two – three day period. The brief rap stage, the 50’s doo wop stage are the two that stand out for me. Most importantly his Dad raised him properly as a Dodger fan 650 miles away from Dodger Stadium and smack dab in SF Giant territory.  What more could you ask for?

What more could you ask for? Oh yeah, he has empathy for the downtrodden, an ego that I can’t find, and a future so bright…………………yeah, he has to wear sunglasses.

Anyway I spent a total of three hours on the road, never stalled it once but boy it sure wanted to, and the battery is still dead, so with all due respect to the AAA battery man, this battery is dead.