When Edward Paredes took the mound at Dodger Stadium last night you might not have known who he was and for good reason. No one did.

Many players take a circuitous route to their first major league game but not many involve the convoluted route that Edward Paredes took.

“First of all I want to thank God. It’s been 11 long years to get to this point,” said Paredes. “I want to thank my family, my wife. I’m glad I have the opportunity to show the world what I can do. I’m proud of myself. Sometimes you put obstacles in front of you and the best you can do you can do what you set out to do.”

The win may not be a symbol anymore of baseball pitching excellence but you can bet that Paredes will take that game ball and keep it the rest of his life and hopefully tell the story to his children and his grandchildren. 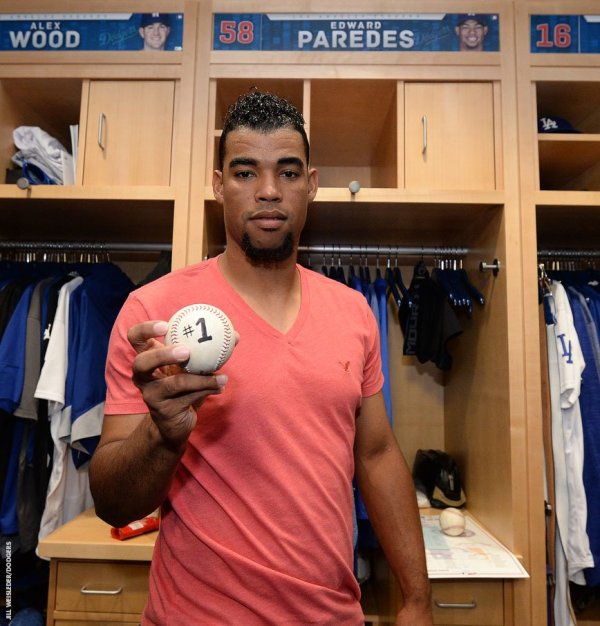 How many major league pitchers get their first win at the age of 30? I wish I knew how to find out. What I do know how to do is show you the long and winding road that Paredes took to finally get that first major league win.  Anyone who hits the independent leagues and makes it to the major leagues should get a ribbon that they would get to wear proudly on their uniform.