Vin Scully and the General

This past Saturday Night we ventured out to the Cal State Northridge Valley Performing Arts Center to catch Buster Keaton’s groundbreaking silent film “The General” with the New West orchestra conducted by Richard Kaufman providing the soundtrack.

It was a crime that we had never been and I have to admit my surprise at how beautiful the center was. That was just the first of several pleasant surprises. Our seats were awesome, individual box seats along the right-hand section. We weren’t sitting right next to each other but we were extremely comfortable with no worries about getting up and about and bothering anyone. They were the greatest seats and we will be looking to purchase them every time we come back. The biggest surprise, however, was simply the public address announcer. Cal State Northridge didn’t settle for some nondescript public address announcer. No siree. We got Vin Scully and let me tell me, it was the sweetest sound hearing Vin Scully telling us to get comfortable and to turn off our cell phones. I had to resist the urge to give the public address announcement a standing ovation.

[I’ve updated this story on Nov 1st, 2020 with a story about how Vin Scully came to do the introductions at the Soraya. 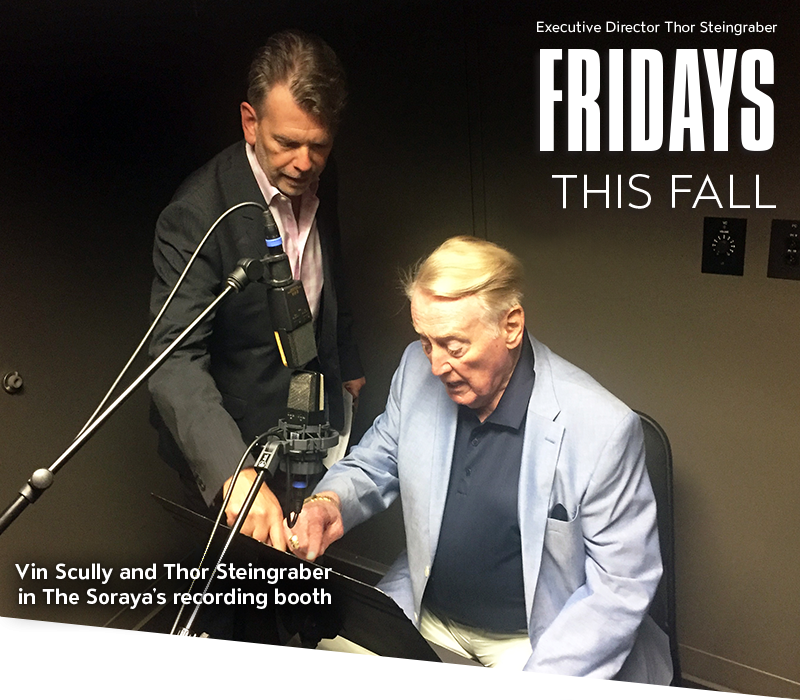 “This is a perfect week to pay tribute to the voice that welcomes audiences to The Soraya – Mr. Vin Scully. He tops every list as the most beloved Angeleno, and after 67 years with the Dodgers, his voice is one of the best known not only here, but around the world. We also love him because he hails from our own Valley. Mr. Scully is an artist in his own right – a poet, a story-teller, a master improviser, and a thoughtful purveyor of the human spirit. I can’t tell you how often newcomers to our venue track me down to exclaim, “Was that THE Vin Scully?!” Artists waiting backstage in the wings for the start of their performance are equally surprised and delighted to hear his familiar voice.

Here’s what you probably did not know – Mr. Scully loves music, especially the classic Broadway musicals. When he visited the The Soraya to record the announcement, he regaled me with stories of rushing from Brooklyn to Broadway to catch opening nights…as long as the game didn’t go into extra innings and run late. Like his encyclopedic memory for baseball stats, he also seemed to recall every show and who starred in it.

Mr. Scully’s retirement does not diminish his part in this year’s World Series Championship. Many of the players’ names still ring with the special way Mr. Scully said them  – Kershaw, Turner, Jansen, Seager. In a week like this, we can’t help but include Mr. Scully in our celebratory thoughts, much like we think of him at every performance as the lights dim at The Soraya.

We are indebted to Soraya favorite, conductor Richard Kaufman, for introducing us to Mr. Scully. The first time he recorded our announcement, Mr. Scully was still calling games, so Richard and I scored an invitation to the booth at Dodger Stadium. When we changed our name from Valley Performing Arts Center, Mr. Scully generously agreed to re-record the announcement, this time in our own recording booth. Both times, he got it perfect on the first take.  Of course he did.

The show started with Jamie Farr telling some jokes with the conductor Richard Kaufman. Once that was done, they introduced some dignitaries in the audience and the first one was ex-Dodger and current Matador announcer Ross Porter. Ross Porter took a bow and was just a few feet from our seats.  I always enjoyed Ross Porter era as a Dodger announcer. His fascination with bizarre stats rivaled mine and I was always annoyed at how the McCourt administration had gone about replacing him.

Ross Porter was the reason I got involved in Dodger blogs. He was doing a game in the summer of 2004 when he mentioned Jon Weisman and Dodger Thoughts. I remembered the name but never actively went looking for the blog as reading blogs just wasn’t something I did in 2004. Yet when the big trade happened with LoDuca I was confused and did some searching on the cloud and Dodger Thoughts came up. I remembered what Ross had said about Jon Weisman so with that previous reference in mind I clicked on the link and my life took a left turn.

The show itself was fantastic, a hilarious romp, place looked sold out and I think everyone had a great time. Having the New West orchestra doing the soundtrack live brought the movie to life. I can’t really describe how much fun this show was.

The final surprise was after I got home and started to write this little column. I looked at a few reviews and picked one written by Roger Ebert in 1997. Holy shit, the movie was based on an actual event.

“The General” is an epic of silent comedy, one of the most expensive films of its time, including an accurate historical recreation of a Civil War episode, hundreds of extras, dangerous stunt sequences, and an actual locomotive falling from a burning bridge into a gorge far below. It was inspired by a real event; the screenplay was based on the book “The Great Locomotive Chase,” written by William Pittenger, the engineer who was involved.

This may have been the first time I’ve hit the Valley Performing Arts Center but it won’t be the last because if I ever want to hear Vin Scully, I now know where to go. 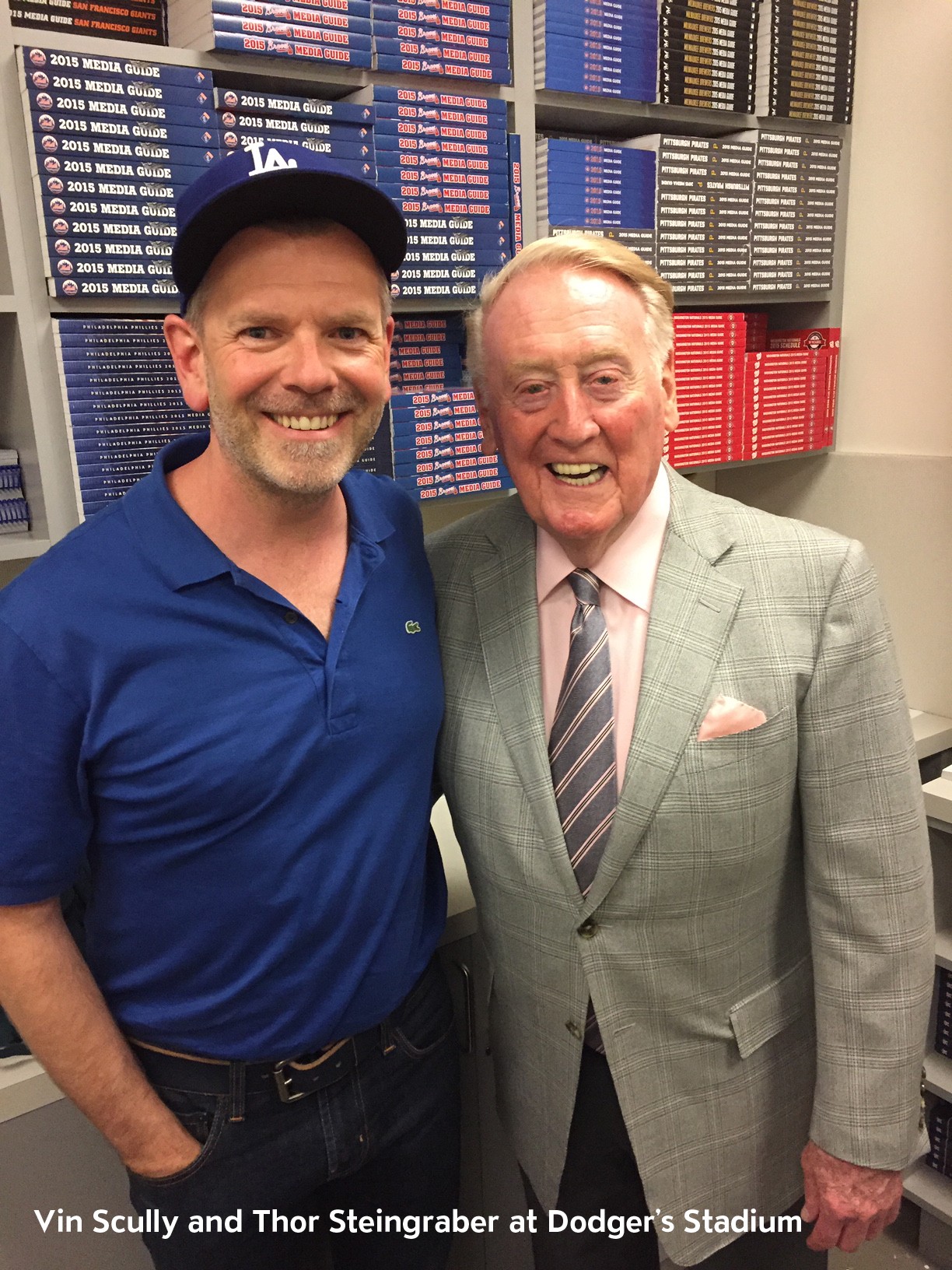