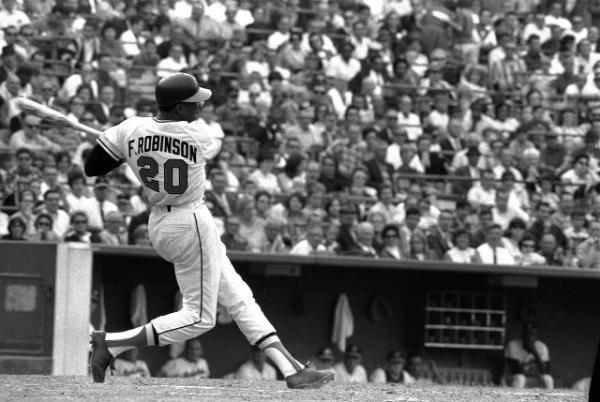 On this day, future HOF, future Triple Crown Winner, and future Dodger Frank Robinson hit a home run out of old Baltimore Memorial Stadium that was measured to roll 541 feet.

The ball cleared the football press box (Memorial Stadium was also home to the then-Baltimore Colts), then a good 50 rows of bleachers, then a 12-foot TV camera before disappearing for good. After traveling some 450 feet in the air, it finally landed on the street outside the ballpark and rolled another 100 feet, where it was found by two teenagers who happened to be walking by.

The home run was the first earned run allowed by Tiant and it was already May 8th, 1966.  That home run was just a precursor to the kind of season that Robinson would have as the “old for 30” Robby would win the Triple Crown and lead his Orioles to a four-game sweep over the Los Angeles Dodgers for the 1966 World Championship.